Amazing views over the Thames distracted by the smell of mould from the second bedroom.

Excess vapour from insufficient use of the ventilation. 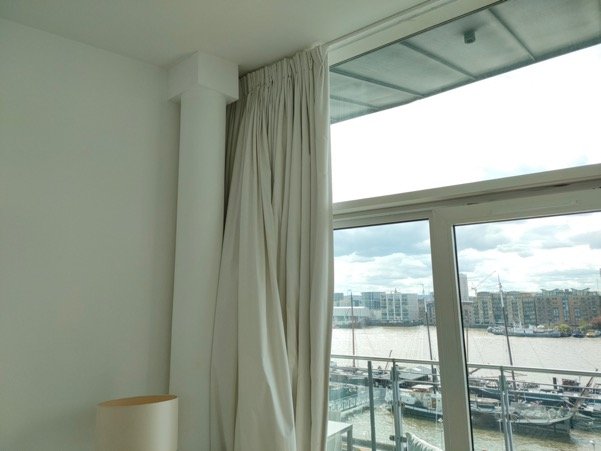 The concern was a smell of mould in the second bedroom. 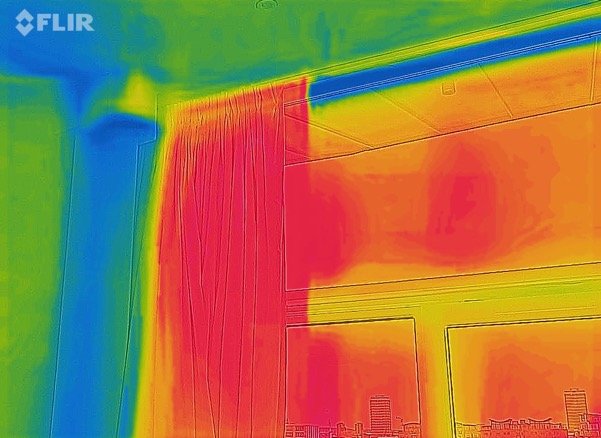 Looking through a thermal camera where blue is ~ 5˚C colder than orange, we see heat loss around the sides. 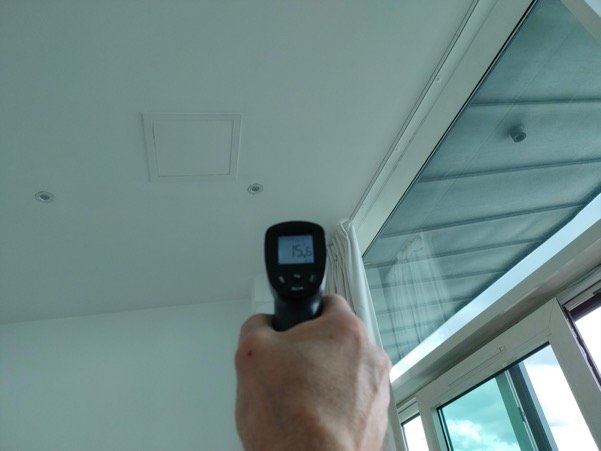 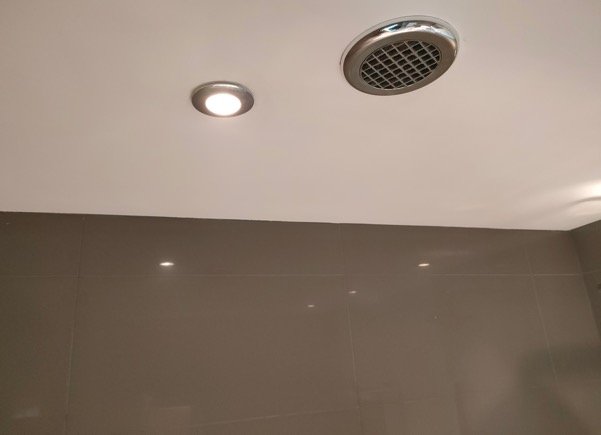 The internal bathroom extractor fan was switched at the isolator.

The extractor fan should be running for at least 30 minutes after taking a shower, otherwise vapour will disperse through diffusion, around the apartment. 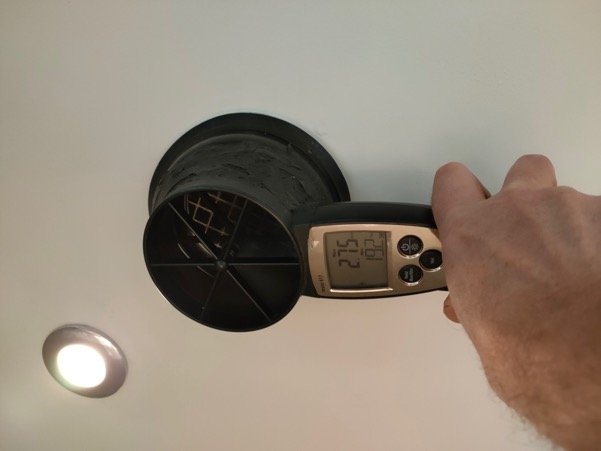 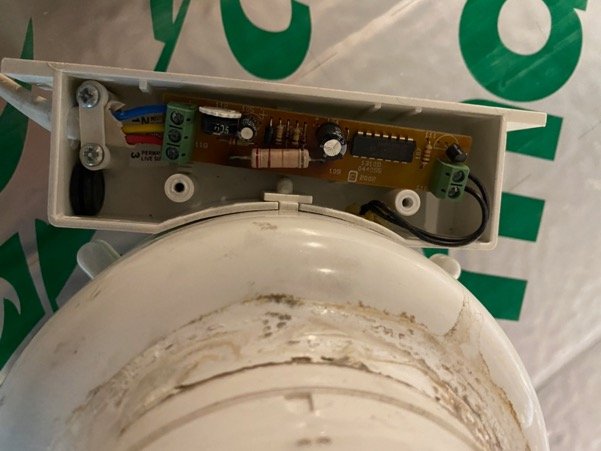 I increased the overrun time from about 5 minutes to about 30 minutes, by rotating the white dial, see above. 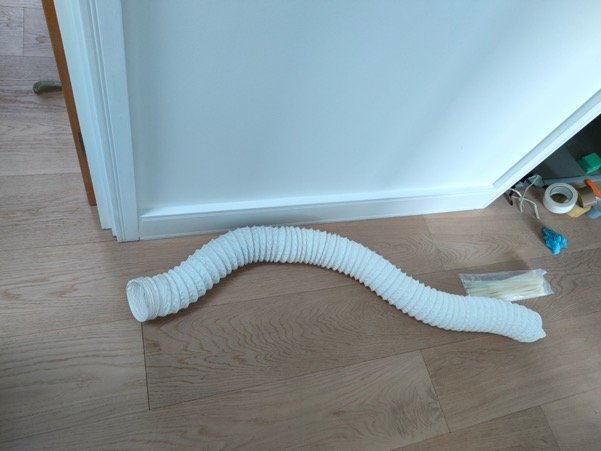 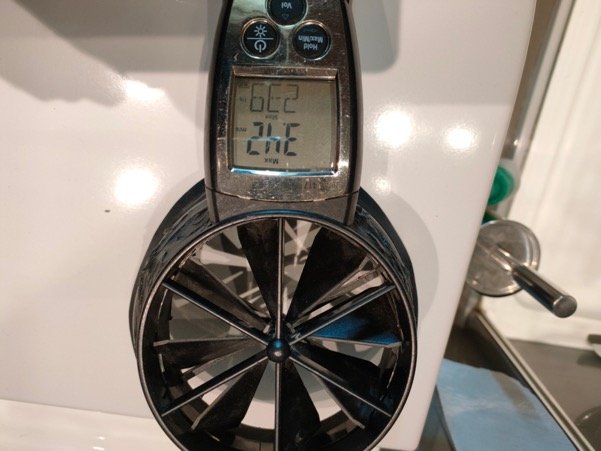 The increase in extraction rate after removing the section of pipe was about 20%. 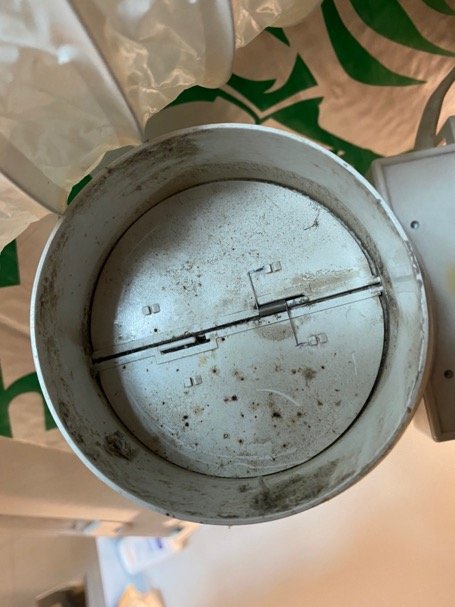 I improved the back flow shutters by adding weight, note a spring was missing. 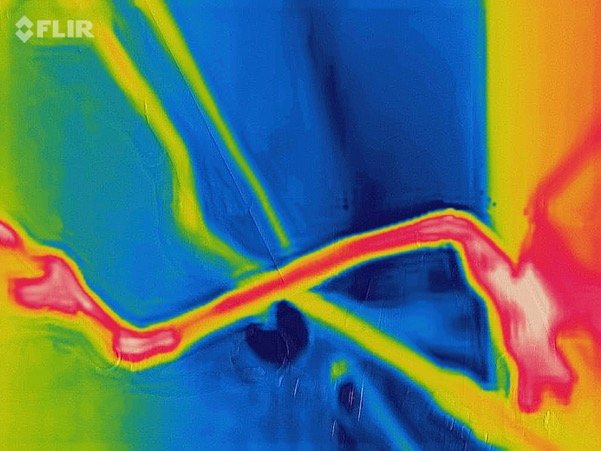 There was a similar issue with a mould smell coming from the room by the front door.

I believe the issue here is heat loss from the lift shaft immediately outside. The simplest solution is to insulate around pipes and either insulate walls or paint on anti-condensation / anti-mould paint such as DryZone made by Safeguard Europe – widely available. 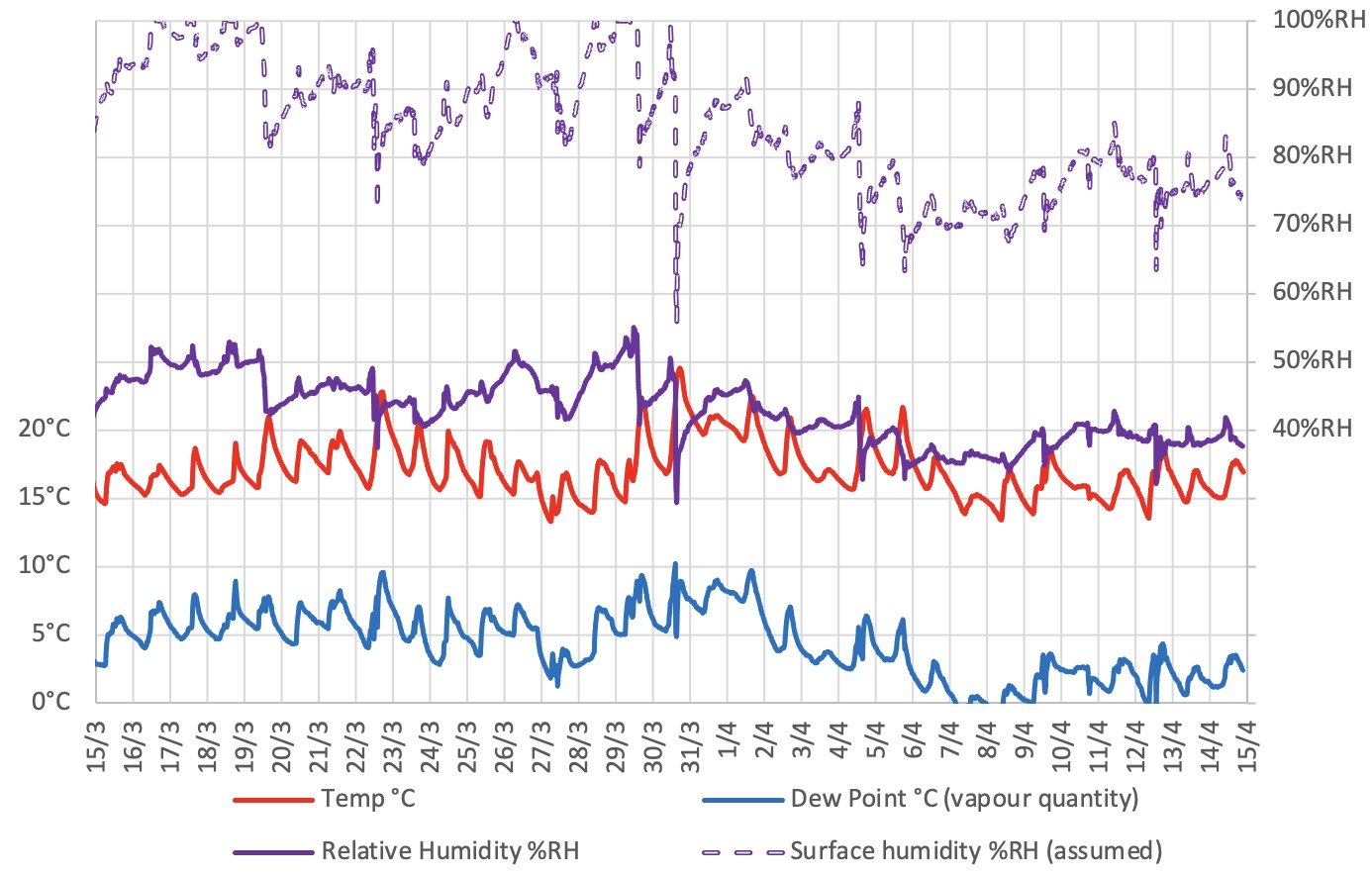 You can either measure the temperature around the top of the window frame with a laser thermometer, very early in the morning (before sunrise) or install the datalogger on the coldest section of window, to get a more accurate set of readings.

The mould is caused by humidity air become trapped by the curtains against the cold window frame, trickle vents are designed to relieve this humidity, but none are open.

The main solutions are;