Early 20th century house with damp up the front wall. It turns out that is resulted from over eager roofers upselling some work to the roof valley, which ended up blocking the gutter and dampening both neighbours. 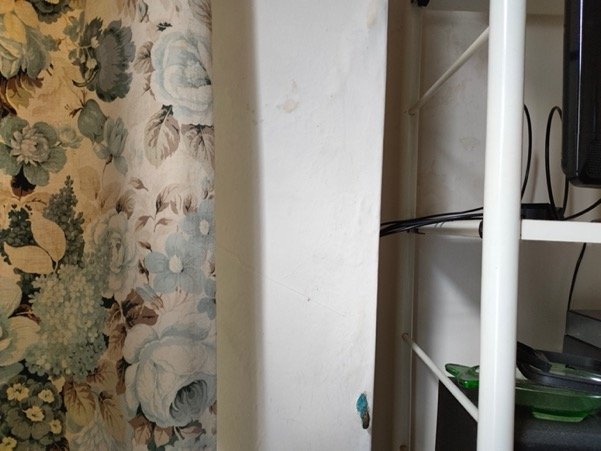 The damp issue of greatest concern was to the front left-hand side of the front bay window. 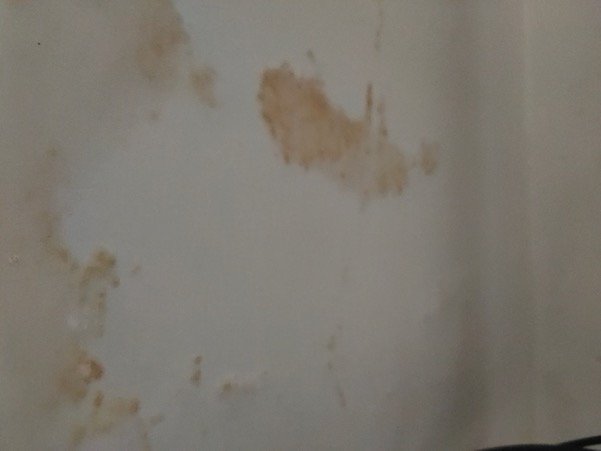 The damp is stained brown, by a tea bag stain.

This is a sign that water is penetrating through building material from the outside. In this case, the source is rainwater. 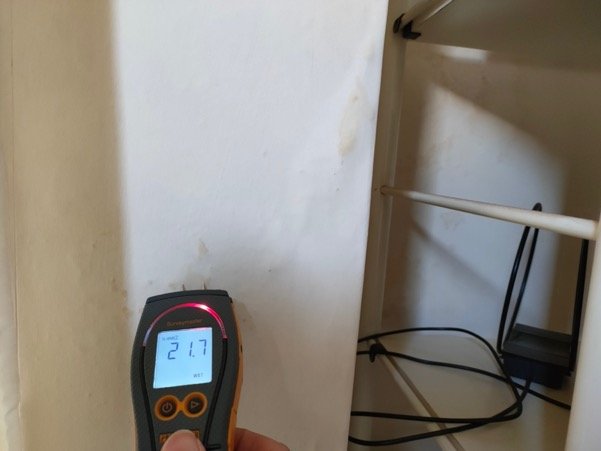 There is a high damp meter reading on the surface as well as deep within the wall. 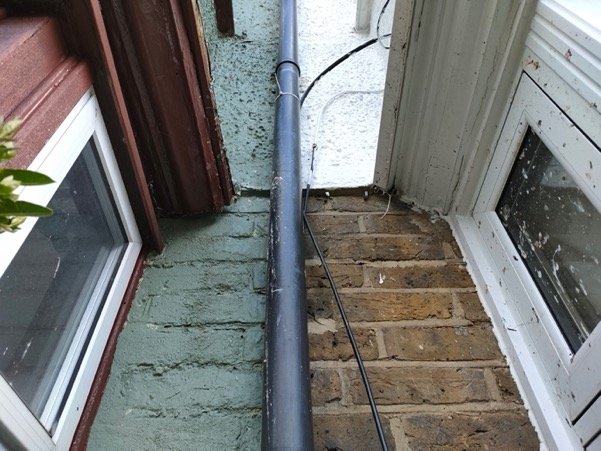 There is a dark patch just below the render, this is where rain is running off impermeable render onto the wall. 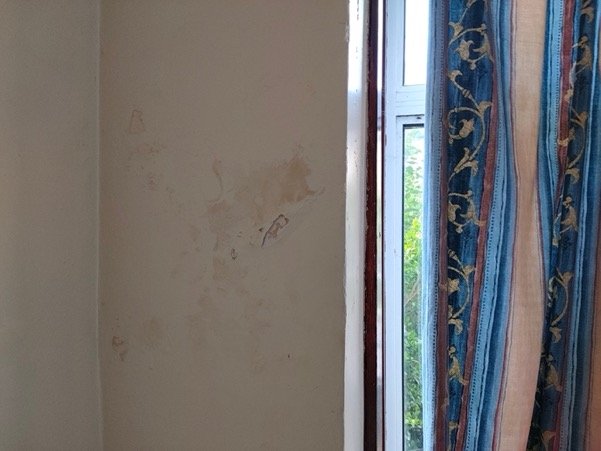 I visited the neighbours. There is similar dampness on their side of the same party wall. 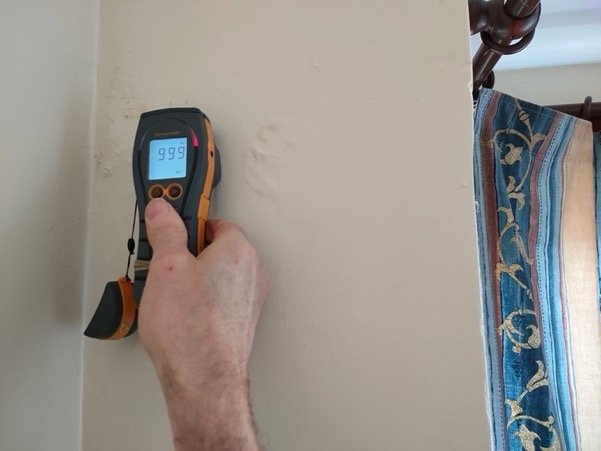 There is damp high up the wall just below the external render, much like on the wall in your property. 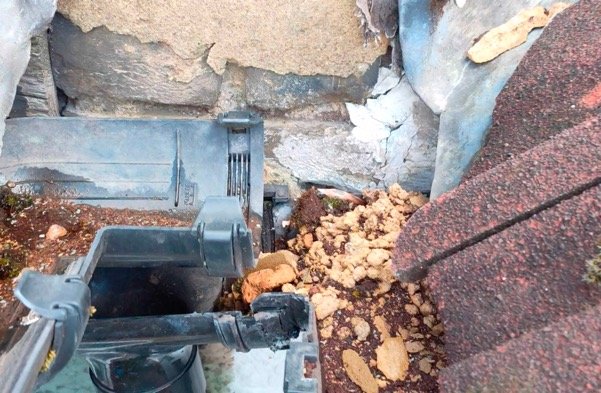 The gutter above is blocked with debris. Also note the gutter clip has come off.

The debris has built-up on your side of the gutter suggesting that this is where the mortar is coming from. 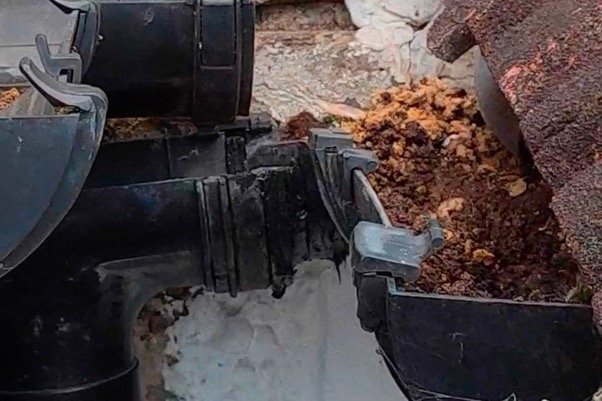 I tried clearing some mortar out with a gutter clearer. However, you will need direct access with a ladder. 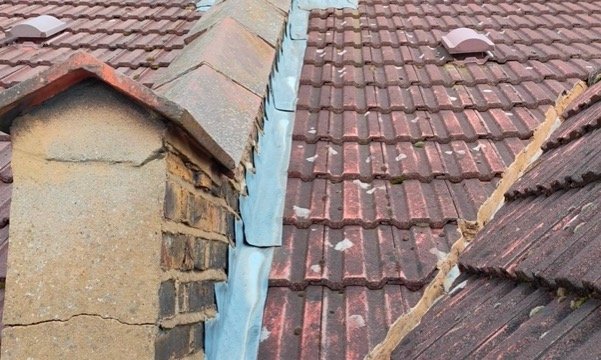 In my opinion the most likely cause of the debris is the new cement work in your valley. 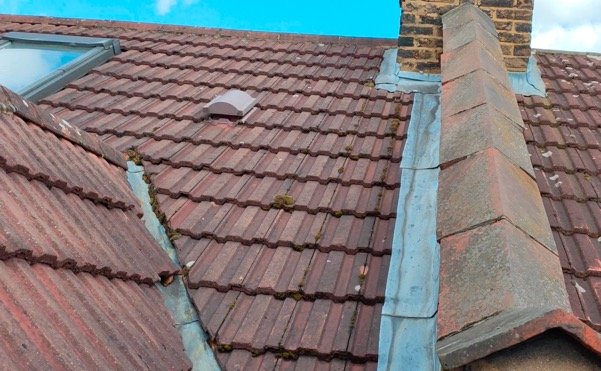 Looking at the neighbour’s side of the roof, there were no obvious source of the mortar on their side. 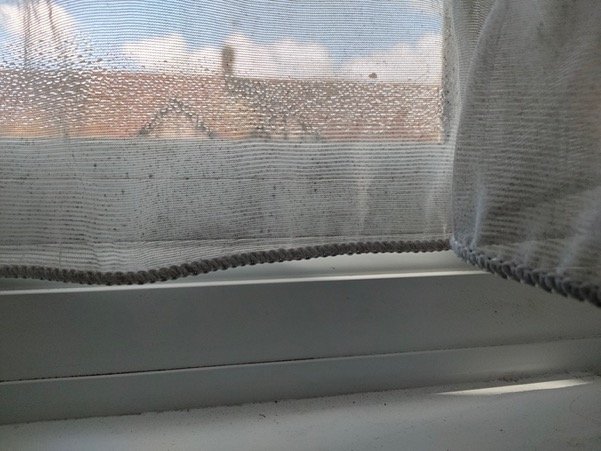 Condensation and mould can be seen on the front bedroom window.

Moisture is coming from the unventilated bathroom, made worse by the lack of background ventilation, such as trickle vents in the double glazed windows. 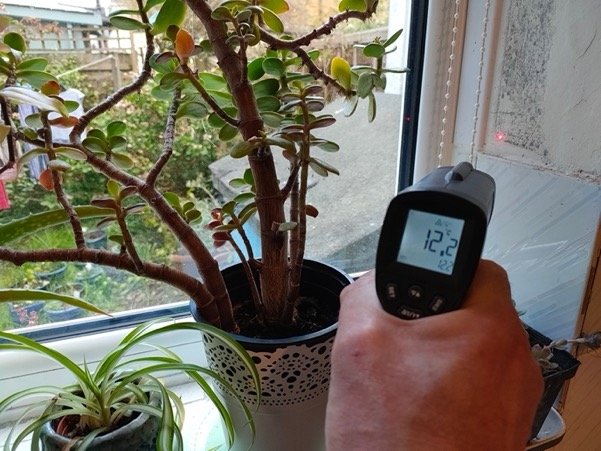 There is dampness and mould on the side of the kitchen window reveal.

The kitchen is unventilated and the reveal is close to the outside and therefore cold. Mould grows where relative humidity exceeds 85%RH for 6+ hours. Excessive humidity results from insufficient ventilation, poor air circulation and a cold surface. See surveyor.tips/mould. 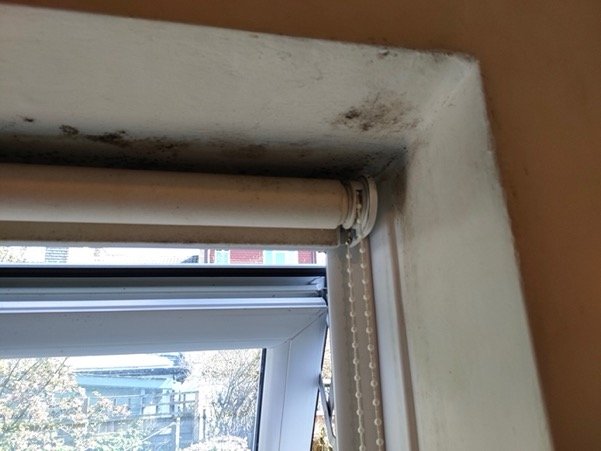 Heat loss around the blind is increasing relative humidity. 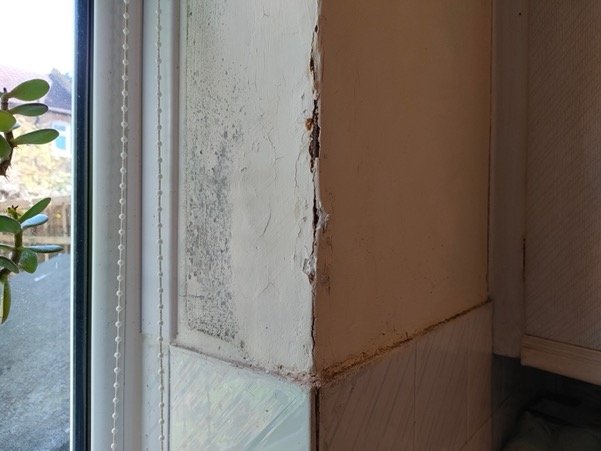 The metal plasterers beading is causing heat loss, resulting in condensation and rust.

The primary cause of these other internal issues is insufficient ventilation.